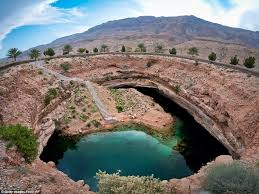 Memorial Day was traditionally the first day of summer vacation in the Schrader homeschool household. We often found ourselves cramming in tests and math lessons that final week of school and then we all collapsed in exhaustion. Many of our friends took time off during the regular school year and continued schooling during the summer, but that just didn’t work for us. It was easier for me to keep our school schedule fairly close to the one I had always known. I couldn’t imagine schooling throughout the summer and I am sure that I communicated that to my children – for how else would they learn to be offended at the mention of the idea?

Our summers were quickly filled with swimming lessons, week-long music camps, and VBS. I often put off large house projects for the summer and looked forward to full days to accomplish those projects. Nevertheless, I often found that the children had idle time on their hands which they spent either watching television or playing computer games. As the summer progressed, the attitudes of my children toward any form of learning seemed to become more and more negative; as though their brains were on vacation too.  Gradually I realized that something had to change in the way we spent our summers. To be perfectly honest, my efforts were never 100% effective in transforming June and July into creative activity, but the children actually appreciated having some sort of routine as long as we didn’t call  it ‘school.’

The first thing I re-instituted was our morning devotions, but during the summer I decided to make them unlike the regular school year devotions. Instead we read devotional literature or Christian character building fiction. Books like Mere Christianity and Basic Christianity are fantastic for this time. My husband spent one summer reading Preparing for Adolescence with two of our teenagers. They weren’t thrilled discussing some of the topics raised, but it reassured us that the important issues were covered by us rather than mainstream media.

Reading for fun also became a summer activity. Books that didn’t quite fit into our unit studies but were classics or simply good literature were placed on the reading list. We all loved reading the Chronicles of Narnia, the Lord of the Rings trilogy, etc. My children didn’t always enjoy reading the same kind of books, but there are good reads in every genre. My son loved anything by Lewis Carroll, his favorite was Alice’s Adventures in Wonderland. My younger daughter liked the intrigue of Rebecca by Daphne DeMaurier; while the oldest liked reading Francine Rivers’ Christian fiction. It was especially fun for me because anytime I could spend long hours reading was a special pleasure. I did get criticized for getting so lost in my novel that I became quite deaf, and often dinner was late. Oops!

The only subject we did seem to make headway in during the summertime was geography. There are terrific websites with map quizes that make learning the location of countries a game (see lizardpoint.com). The children also liked the Where in the World Is Carmen Sandiego computer games; these were fun and informative. I found unit studies for geography at Walmart that covered the topography as well as the people groups of a continent. Prior to spending a few months living in Brazil, I purchased a workbook on South America and each of the children made their own folder of fun facts. Then after the trip we updated their folders and used them as part of a display at our International Fair the following fall.

As we are Floridians, by late July were usually desperate for cooler climates. Thus  we headed North for our family vacations to places like Upper Penninsula, Michigan, Bar Harbor, Maine, and Colorado Springs, Colorado. Naturally, like all good homeschool parents, we went to the library to read about the animal life we might see and the historical sights we wanted to visit. We also took out stories that were set in the places we would visit, like Blueberries for Sal by Robert McCloskey, Miss Rumphius by Barbara Cooney, and Buffalo Before Breakfast by Mary Pope Osborne. Journals and sketchbooks were purchased and packed. Then during the vacation we all took turns drawing pictures of the animals or trees we had seen and one of the children would complete a journal page about the day’s activities. These were wonderful additions to our family photo albums.

The beauty and blessing of homeschooling are the opportunities we have to speak to the hearts and minds of our children. Summertime can be a time of catching up on math facts or learning the subjects that weren’t covered during the regular academic year. It can be a time to learn about the world around us and the places we visit. It is a time for family projects and making memories. Make summertime a summit of enjoyable experiences that stimulate the minds of your children. Enjoy the climb!